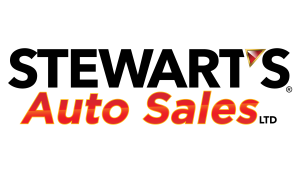 The business has a state of the art Dealer Management System that allows them to control the business and make quick decisions. Factory-trained technicians who are specialists in their area of technology staff the Service and Body workshops. Their quality service that has been the hallmark of the dealership since its inception remains unchanged.

Stewart’s is a talent-based organization that values their employees and invests in their knowledge and skill. The group’s current staff complement is 430 strong.

Stewart’s constantly plays its role of a good corporate citizen and over the years has been involved in local Sports with The Reggae Boyz and West Indies Cricket.  Stewart’s was also involved in the expansion of the Tony Thwaites Wing, University Hospital of the West Indies, SANTA For Children Charity, contributor to the establishment of the re-built Edna Manley Health Centre, the Model Community Policing facility as well as the Peace Park in Grants Pen, a depressed inner city community. They have also played an active role in promoting job creation and training in Jamaica by being active participants in the Jamaica Emergency Employment Programme (JEEP).

In 2008 the Jamaica Observer Newspaper nominated Richard and Diana Stewart as Business Leaders of the Year.

In 2009 The Richard and Diana Stewart Foundation was created to further the Family’s philanthropic efforts and participated in the Homes of Hope Projects, to provide homes for the needy.